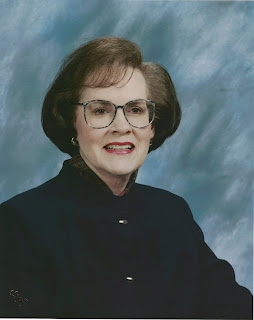 to honor the Men and Women of the Armed Services Deploying
To Afghanistan in May 2009 from Jasper, AL

The Friends of the 877th National Guard Unit are requesting submissions of poetry to be shared and read by the author during the May 2nd Celebration for our deploying troops.

The Contest consists of competition in one division, Grades 6-12. Poems can be rhymed or free verse up to 60 lines but must NOT have been published previously.
Any student in Grades 6-12 in any school in Walker County is encouraged to compete in this poetry contest.
PROCEDURES FOR ENTERING THE CONTEST
School Level. Each school selects their top three winning entries and sends these entries to the local superintendent by April 15, 2009. The Superintendant will batch them all together and contact the Friends of the 877th to arrange pickup.

CONTEST REQUIREMENTS
For system entries, one hard copy must be provided as well as the original. All entries should be single-spaced in Times or Times New Roman Font, size 12, and are limited to a 1 page maximum.

All entries must be the student's own work and must have been written during the 2008-2009 Academic Year.

The supporting (second) page of the entry must show the following:

Teachers and judges are to ensure originality at each level.

Entries not following requirements may not be eligible for judging.
Schools and school systems are encouraged to offer prizes at each level of competition with awards and publicity help to further the contest goal of rewarding excellence in writing. One nominal First Place Award will be offered for the best overall entry by the Friends of the 877th.
CRITERIA FOR SELECTING WINNERS
All entries in the writing contest will be judged by an independent panel of the Friends of the 877th based in part on the following criteria: significance of content: word choice, imagery, and style; form or organization; grammar; and mechanics.

Aldridge Botanical Gardens in Hoover, Al will be the site of a five day, in-depth workshop conducted by Solar Energy International of Carbondale, CO (www.solarenergy.org). The workshop is certified by the Institute of Sustainable Power (ISP) and fulfills the educational requirements for Category ‘B’ of the North American Board of Certified Energy Practitioners (NABCEP) Solar PV Installer Certification. Cost is $500 and includes all workshop materials plus breakfast and lunch. For more information send an e-mail to Larry Quick at aldridgelq@bellsouth.net . Phone 205 682-8019.
Several of us have led weekend workshops on solar PV, but this promises to be most in depth yet and the first week-long workshop in Alabama. I (Daryl) have been the only person in Alabama with the NABCEP Solar PV Installer certification. As the barriers to solar PV here drop away, we will need a larger group of certified PV installers in Alabama. This workshop will provide participants with a foundation for solar installation and a first step toward NABCEP certification. If you or your organization can be a sponsor or you are interested in being a participant in this workshop, let Larry know this week.
Posted by Walker Area Community Foundation at 8:25 AM No comments: